Dr. Trudy Bond has submitted seven Formal Complaints against psychologists for complicity in torture, some to state licensing boards and others to the Ethics Committee of the American Psychological Association (APA). It is difficult and time-consuming work that meets with repeated dismissals.

In one case, Dr. Bond submitted an ethics complaint against Dr. John Leso to the Ethics Committee of the American Psychological Association. She repeated her submissions and reminders as the Complaint got lost, delayed, and closed in error.  Publishing her correspondence with the Director of the APA Ethics Office failed to speed up the process. After seven years, her Complaint against Dr. Leso was dismissed for reasons that — at best — were weak and confusing. 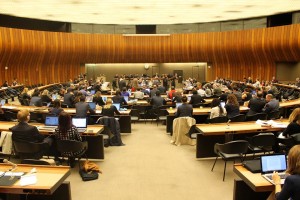 Dr. Bond continues undeterred. In 2014 she and Deborah Popowski led a team to the UN Committee on Torture (UNCAT) when the Committee convened to review the United States treaty obligations to prevent torture. Dr. Bond’s work was essential to the report submitted to UNCAT. Her Formal Complaints become part of the public record, available to future investigations. Achieving accountability for complicity in torture can take years.