A lot has happened in the fight against torture since the Expert Witness Against Torture documentary came out. Read some of the latest news here.

“Witness to Human Torture”: On Both Sides of the Prison Walls, Social Workers Confront Solitary Confinement

This article on solitarywatch.com addresses the role of social workers in the prison system, where they have the “ability to expose — or enable — abuse.”

In July of 2015, officials of the American Psychological Association received the 542-page report of an extensive investigation led by David Hoffman of Sidley Austin law firm in Chicago.  Based on extensive interviews and study of thousands of emails and documents, the team concluded:

Our investigation determined that key APA officials, principally the APA Ethics Director joined and supported at times by other APA officials, colluded with important DoD [Department of Defense] officials to have APA issue loose, high-level ethical guidelines that did not constrain DoD in any greater fashion than existing DoD interrogation guidelines. We concluded that APA’s principal motive in doing so was to align APA and curry favor with DoD. There were two other important motives: to create a good public-relations response, and to keep the growth of psychology unrestrained in this area.

The response to the Hoffman Report was electric: wide media coverage, immediate departure of the Ethics Office Director, and early retirement for three of the highest officers.  Several officials cited in the Report recused themselves from formal efforts to correct the scandal.  Within one month, the Council of Representatives voted to rescind the APA policy established in 2005 that supported psychologist participation in national security interrogations.   This was a vindication of ten years of research and protest by rank and file members of the APA, and numerous health and human rights organizations.  However, the U.S. Department of Defense issued an objection to the decision and military psychologists within the APA are pushing back on the ban.  While several corrective steps have been taken by the new administration, the reforms remain vulnerable.

After several years of development and promotion, bill A4489/S.105 on the prevention of torture by health care professionals is pending on the floor of the NYS Legislature.  The bill  prohibits licensed health professionals from direct participation in interrogations and complicity in the torture or improper treatment of prisoners; requires health care professionals to report torture and improper treatment; clarifies criteria and terms; and strengthens whistleblower protections.   It is sponsored by NYS Assemblyman Richard N. Gottfried and supported by many health and human rights groups.   For information on how to support the bill, contact Amanda Winchester, Bellevue/NYU Program for Survivors of Torture [email protected] 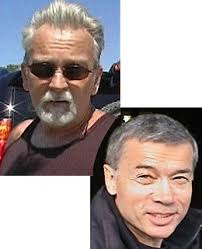 Psychologist Architects of the U.S. Torture Program Go On Trial.

For the first time, a lawsuit brought by victims of the CIA torture program is going to trial. Federal Judge Justin L. Quackenbush of the state of Washington ruled that the case against psychologists James Mitchell and Bruce Jessen could move to the discovery stage. This is a major victory for accountability for medical complicity in torture and promises more revelations about the U.S. torture program and the work of Mitchell and Jessen in formulating, training and carrying out “enhanced interrogation technique” abuses of national security detainees, supported by an $82 million CIA contract.

“Our objective is to provide social workers and other mental health professionals working in solitary confinement units with a safe platform from which to explore the practical and ethical conflicts of working in this setting. We are also committed to collaborating with national social work institutions to take a unified professional stand against the use of solitary confinement.” More information

“There are simple issues like delayed mail, no face to face visits, lack of means to watch decent TV or listen to radio, insufficient access to warm clothing,… But the real torture ranges from insufficient, unhealthy food to unwarranted cell searches using pepper spray, untreated life threatening medical conditions and mental health issues, “safety checks” – being woken up every 30 minutes at night,…confined to cells the size of a bathroom for 23 hours a day, prevented from direct communication with other prisoners, for periods that would break most of us…There are about 1500 men in CA SHUs (Secure Housing Units) … some for over 30 years!! … “Evidence” for being sent to SHU include … doing art using ethnic symbols, affiliating with men in your own racial group, and confidential and anonymous statements from other prisoners (snitches) that cannot be challenged… I believe that psychologists and social workers need to stand for the abolition of solitary confinement except in extreme safety conditions and for no more than 15 days … We also need to demand truly independent oversight by professionals who examine the conditions and the impact on mental and physical health. To do anything less is to be complicit with the worst end of the prison pipeline/mass incarceration.”

Excerpts from a National Association of Social Work blog comment by Dr. Nancy Arnold who is both a psychologist and social worker.

A Social Worker On The Frontline

Mary Buser gives a vivid account of the challenges of providing mental health care to inmates at Rikers, the New York City jail with thousands of detainees awaiting trial and unable to afford bail. Buser worked at Rikers in the 1990s when there were 500 solitary confinement units. She documents the tough dual loyalty conflicts a therapist faces, among them assessing the suicide risk of someone in solitary confinement. According to rules at the time, if a sequestered inmate said “I have to get out of here,” he had to be recorded as malingering or manipulative. The most a health professional could do was declare the inmate seriously in danger of suicide (whether he pleaded for release or not), and get him removed to a prison treatment facility for a limited period. Therapists had no power to prohibit the inmate from being returned to solitary despite evidence of its harmful effects.

Today Rikers is going through major reforms. There are far fewer isolation units and solitary confinement is prohibited for adolescents. Expert Witness has been used in the innovative Rikers health staff training program on coping with dual loyalty conflicts.

Professionals Speak Out About Torture, Ethics,  and Dual Loyalty Conflicts in Corrections